An Unfinished Life | Part One of On a Journey of Hope 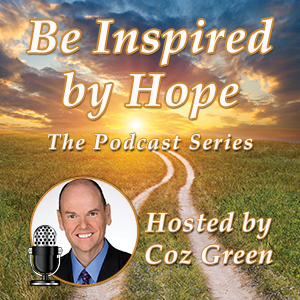 Coz shares Chapter One: An Unfinished Life from his book, On a Journey of Hope.

Article About Robin Williams Cited in the Podcast:

Marin County sheriff’s Lt. Keith Boyd, the assistant chief deputy coroner, said there was no evidence of foul play in the death of the 63-year-old performer who was beloved for his rat-a-tat delivery and warm personality, but who had struggled with cocaine and alcohol addiction and severe depression.

The assistant eventually managed to open the door and found Williams clothed, in a seated position and “with a belt secured around his neck, with the other end of the belt wedged between the clothes closet door and the door frame,” Boyd said. “His right shoulder area was touching the door, with his body perpendicular to the door and slightly suspended.”

Williams was “cold to the touch,” Boyd said, and rigor mortis had set in. Forensic scientists say it takes three or four hours for rigor mortis to begin after death.

Investigators found superficial cuts on the inside of Williams’ left  wrist, and recovered a pocketknife with its blade closed and what looked like dried blood on it, Boyd said. The cause of death was “asphyxia due to hanging,” according to preliminary results of an autopsy. Williams’ children did not mention their father’s depression or his struggles with chemical dependency, but [daughter] Zelda made reference to dark times and an inability to find peace.

“He was always warm, even in his darkest moments,” she said. “While I’ll never, ever understand how he could be loved so deeply and not find it in his heart to stay, there’s minor comfort in knowing our grief and loss, in some small way, is shared with millions. It doesn’t help the pain, but at least it’s a burden countless others now know we carry.”

Thank you very much for joining us again this week. Have some feedback you’d like to share? Leave a note in the comment section below. Also, please leave a rating and your remarks on iTunes. Your ratings and reviews are very helpful for the podcast to gain traction. You are truly appreciated.

If you enjoyed this episode, please share it using the social media buttons you see on the left side of this page.

Remember to Subscribe to the Be Inspired By Hope Podcast on iTunes and receive automatic updates.