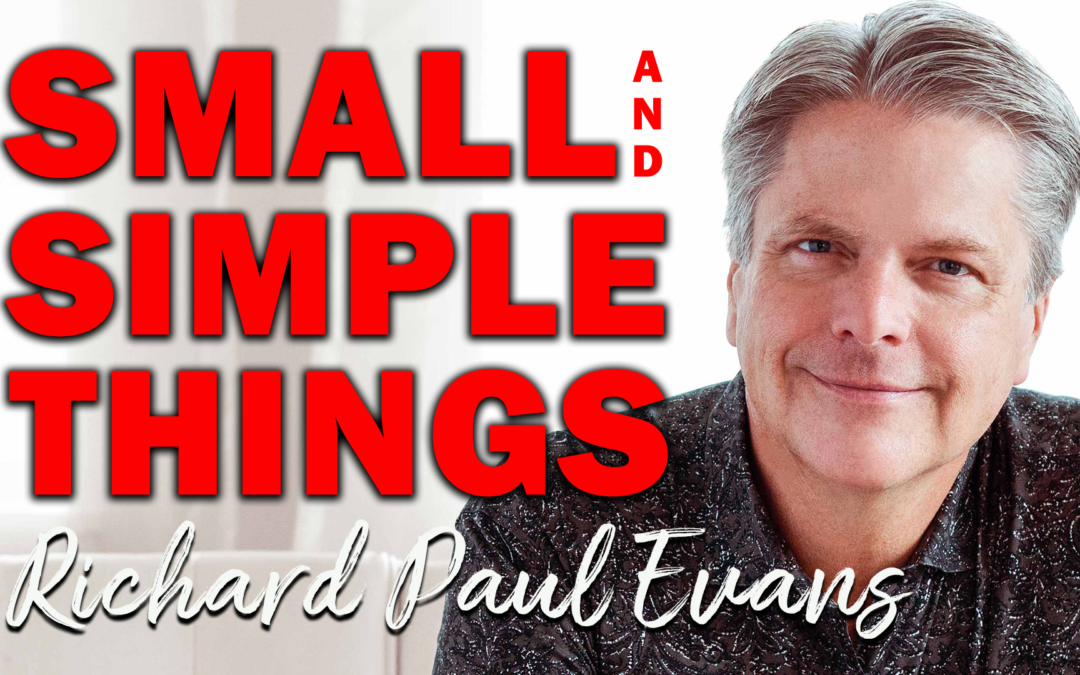 When Richard Paul Evans wrote the #1 global best-seller, The Christmas Box, he never intended on becoming an internationally known author.  The story was written as an expression of love for his then two young daughters.

Three years later, this quiet, simple story of parental love and the true meaning of Christmas made history when it became simultaneously the #1 hardcover and paperback book in the nation. Since then, more than 8 million copies of The Christmas Box have been printed. Seven of Evans’s books were produced into television movies and have starred such well-known actors as Maureen O’Hara, Rob Lowe, Christopher Lloyd, James Earl Jones, Naomi Watts and Academy award winners Vanessa Redgrave and Ellen Burstyn. He has since written more than 41 consecutive New York Times bestsellers and is one of the few authors in history to have hit both the fiction and non-fiction bestseller lists.  There are currently more than 30 million copies of his books in print.

Ricahrd has won the American Mothers book award, two first place Storytelling World awards, The Romantic Times Best Women’s Novel of the Year Award, the German Leserpreis Gold Award for Romance, is a five-time recipient of the Religion Communicator’s Council’s Wilbur Award and more than a dozen other awards for his young adult series Michael Vey.

During the fall of 1998, Richard founded The Christmas Box International, an organization devoted to maintaining emergency shelters and providing services and resources for abused, neglected or homeless children, teens and young adults. To date, more than 125,000 children have been served by the Christmas Box House facilities and programs.

Richard lives in Salt Lake City with his wife, Keri, and their five children and two grandchildren.

This program is brought to you by StreamYard. Put the power of live streaming video to work for your business, your brand, or your cause. We’re using StreamYard to deliver this program to you LIVE right now. You can be a pro and stream live to Facebook, YouTube, LinkedIn and more. Go to http://www.StreamYardCoz.com to sign up for your free account.

Do you have some feedback you’d like to share? Leave a note in the comment section below. Also, please leave a rating and your remarks on iTunes. Your ratings and reviews are very helpful for the podcast to gain traction. You are truly appreciated.

If you enjoyed this episode, please share it using the social media buttons on the left side of this page.

Remember to Subscribe to the Coz Green Audio Experience on iTunes and receive automatic updates.